One Kings Lane
All Articles Decorating
Filed Under: CareerStyle

Designer David Netto is a family man. A husband to wife Liz and father to daughters Madelyn and Kate, he has found his role as dad to be a tremendous influence on his ever-evolving point of view. Famous for designs that have come to define a new kind of American chic (one look at his home in L.A.’s Silver Lake neighborhood and you’ll see what we mean), he turns each of his projects into unique “portraits” of the people they’re for. And with Father’s Day upon us, which coincidentally falls just before David’s own birthday, we thought it a good time to call him up and learn more about the effects of family on his sought-after aesthetic take.

Could you tell us about about a memory tied to fatherhood that sticks out to you?
There was one year when I was flying from L.A. to New York to meet my wife and children in Amagansett. The plan was to be there by dinner, to meet everyone and celebrate Father’s Day along with my birthday, but there were terrible weather delays, and the plane had to land in Rochester to refuel before it was rerouted to Boston. I ended up out East at around 6 a.m. I missed dinner, I missed the party, but it was perfect. My daughter Kate, who was two and a half at the time, had tried to stay up all night to see me and had fallen asleep on the sofa downstairs. She woke up when I walked in and rushed to see me. She was so excited. And so we walked down to the foggy dunes, along the shore, just as the sun was coming up. It didn’t matter that we weren’t doing the expected thing… we’d never seen the sunrise together before that.

Has becoming a father made you a better designer?
Yes, because my children have made me a better listener. I want to make them happy, and for that to happen, I have to listen and be patient in my interactions with them, and this has helped my approach with clients too. Listening to what someone has to say makes me more interested in doing the work to make a portrait of somebody in a room or in a whole house. And I’ll also say that they’ve helped me see the world through their eyes, and that’s so important. You’re able to do so many more interesting things if you don’t only look at the world through adult eyes—very sophisticated things. In other words, living with kids has made it easier for me to find the joy in sophisticated things as well as their chicness.

And what about your influencers: Was there anyone who listened to you when you were growing up?
I remember when my parents were doing the houses we grew up in, they worked with an extremely sophisticated decorator called Kevin McNamara. He was always very interested in listening to me as a three- or four-year-old; once he ask me,“What’s your favorite animal?” And there I was, talking to one of the three best decorators in America, and I told him I wanted a purple cat. So we ended up with a suite of Warhol prints, 99 cats. Now I will never be half the decorator Kevin McNamara was, and if he was that interested in what I was saying as a kid, that’s a lesson to me never to condescend to that and how much can be learned from the happiness children express instinctively. Most adults are way out of touch with that; they’re just not used to thinking like that anymore. They have to work, be responsible, and all those things. Their impulse has been deadened, but really chic people never lost that childlike connection with aesthetics.

Children don’t think like bourgeois collectors; they just zero in on something that’s fun and courageous, and that’s the real chic—when you’re not afraid of anybody’s opinion and you do exactly what you want to do successfully without fear.

Is there anything specific you’ve seen or been inspired by that you wouldn’t have not noticed had it not been for your kids?
I almost bought a Niki de Saint Phalle table at an auction once. It’s something I never would have thought of putting in a project, but I considered it because I knew my daughter would like it. I showed her the catalog, she was 11 at the time, and it lit her right up. Children don’t think like bourgeois collectors; they just zero in on something that’s fun and courageous, and that’s the real chic—when you’re not afraid of anybody’s opinion and you do exactly what you want to do successfully without fear.

How would you compare your life as a bachelor to the one you’ve created at your home in Silver Lake?
I don’t think I was really alive before I had a family. I had a great mother, and I was an only child of much older parents, and so the relations were a little remote, but when I was dating and trying to be enjoying myself as a single person in my 20s, before family, I kind of didn’t really ever know the meaning of happiness and real fun until I had children.

Is there anything I didn’t ask you that you’d like to add?
[Pause] My kids make me interested in pleasing them. Kate even chose the Neutra house that we currently live in. Her visible happiness while visiting that house made me realize we had to live there. She was two and a half when we first pulled up, and the house has these stepping stones across a pond in the front yard leading you to the front door… she loved that. There was something for her to experience right away, and you could see how excited she was to be there. So I walked into the house and I offered $5,000 over the ask. People thought that I was crazy and stupid because it seemed like a lot for Silver Lake, but Kate was happy, and that has no price. 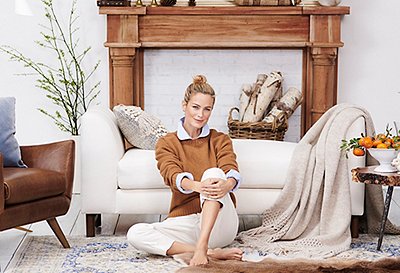 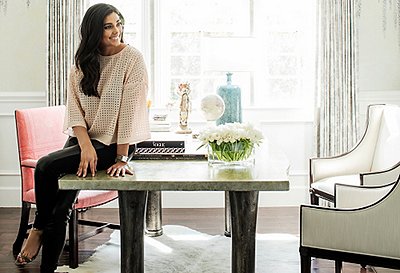 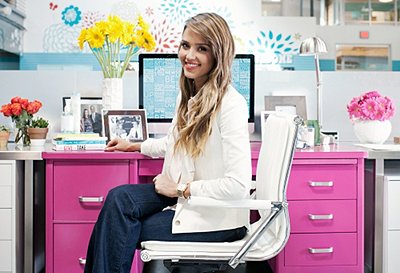 Sniffing Out Your Ideal Home Fragrance

Because a home’s scent is as important as its appearance 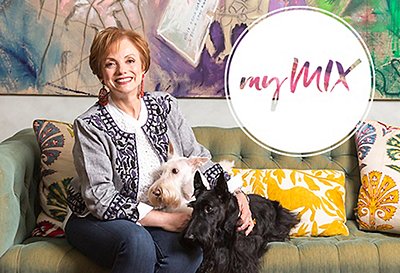 The textiles maven on travel, color, and the high-low mix 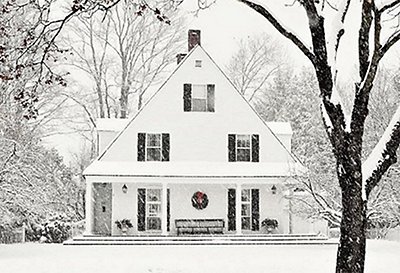