Last week we snuck you into the dinner parties that kicked off our collaboration with The Luxury Collection Hotels & Resorts on an amazing road-trip package (book two nights in one of its North American properties and score a road trip customized around your interests plus a $200 One Kings Lane gift card).

Well, this week, to coincide with the second and last (for now!) sale we’re doing with The Luxury Collection, we picked the brains of the general managers at four of its West Coast hotels. Our aim? To learn about their favorite quick-and-easy road trips. Think about it: These gents work in the hospitality industry. Aren’t you dying to know where they head on their day off? The only criterion was that the round-trip itineraries had to be doable in a day from the hotel (consider them driving day-trips). And, wouldn’t you know it, all four managers came up with tours de force that included everything from the best burger in town to secret spots to catch gorgeous sunsets. 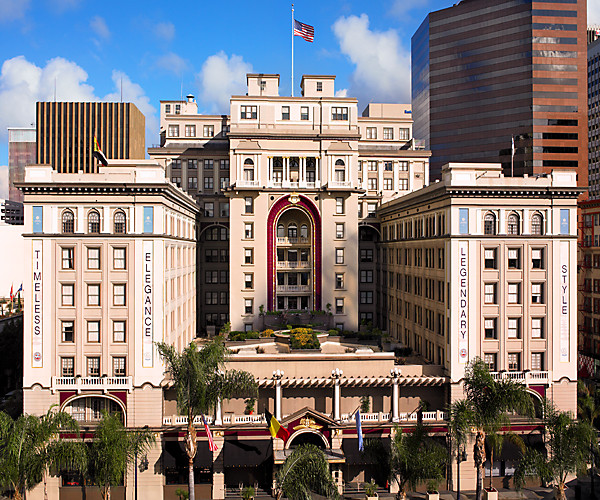 Named for Ulysses S. Grant, THE US GRANT in San Diego was opened in 1910.

Starting Point: THE US GRANT in San Diego

“My wife and I love driving up the coast to Laguna Beach, stopping first in San Juan Capistrano for brunch at The Ramos House Café. It’s in the heart of the Los Rios District on the oldest residential street in California, which dates to 1794. The owner/chef, who lives there, added on a commercial kitchen to the back of the house and built a patio around a century-old mulberry tree. Their Bloody Mary is a must-try.

“After brunch, we head over to Dana Point Harbor to stroll along the docks and laugh at the creative names people have come up with for their yachts. When we’re finished there we travel up Highway 1 to Laguna Beach, where there are plenty of ways to spend the afternoon, from wandering through the galleries and shops to stopping for an ice cream or just soaking up the sun on the beach. To complete the day, we head to Las Brisas, on a cliff at the north end of the beach, for a cocktail as the sun sets.

“Travel time from the hotel to Laguna Beach is about 90 minutes if you’re driving direct, but of course you’ll want to stop along the way.”—Douglas Korn, general manager, THE US GRANT 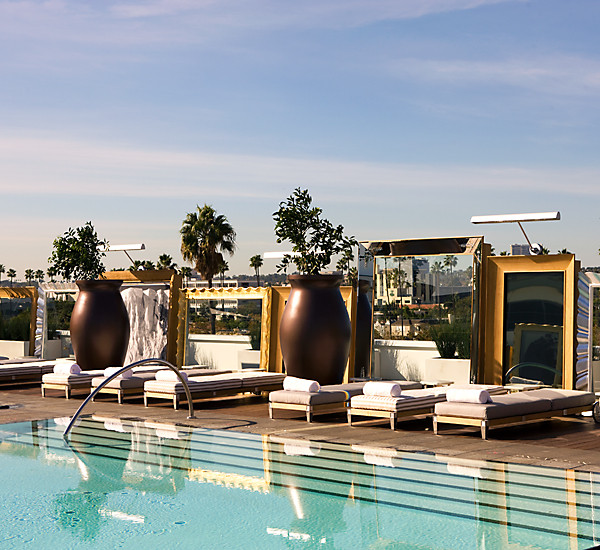 The rooftop pool at the SLS Hotel in Beverly Hills

“I’d begin the day at Tres with the chef’s assorted pastries and a dish called ’12 Quail Eggs Sunny Side Up’ with Serrano ham over a rice cake. Then I’d drive to Santa Monica for a morning walk along the beach with my dog—she’s a terrier mix named Bella—starting around the lifeguard tower near neighboring Venice Beach. After that I’d typically stop by Father’s Office for a blue-cheese burger.

“From there, I’d head east on the I-10 to the Auto Club Speedway in Fontana for a day of race-car driving. I love it, so really my day would center around that! When I’m done there I’d make my return to Los Angeles to grab a bite at Katsuya L.A. Live before catching a game at the Hyde Lounge at Staples Center. Then I’d finish off the evening back at the hotel with a nightcap at Bar Centro in The Bazaar by José Andrés. The signature drink is a Liquid Nitrogen Caipirinha.”—Xavier Moulin, general manager, SLS Hotel 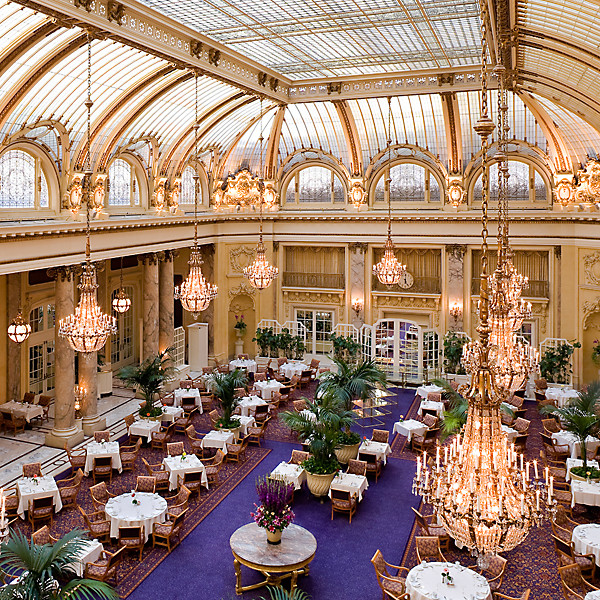 “One of my favorite road-trip experiences is leaving San Francisco via the Golden Gate Bridge and going north on Highway 101 through the town of Petaluma to Bodega Bay. The whale watching from Bodega Head is remarkable, and I love listening to the waves and smelling the crisp ocean air. While I’m in town I usually pop into Spud Point Crab Company for a clam chowder and crab cakes. When I head back toward the city, I’ll take Highway 1, making a point to stop at two other unforgettable destinations: Tomales Bay and Point Reyes.

“In Tomales Bay you have to get oysters at Hog Island Oyster Co. or the Tomales Bay Oyster Company, but be sure to save room to indulge in something sweet from Bovine Bakery in Point Reyes. The town of Point Reyes is quite charming, and if you happen to be there on a Saturday, they have a wonderful farmers market. A visit to the historic lighthouse is also an adventure—the sea views from there are breathtaking.

“All in all, this is approximately 3.5 hours of driving, with exquisite scenery the whole way.”—Christophe Tomas, general manager, Palace Hotel 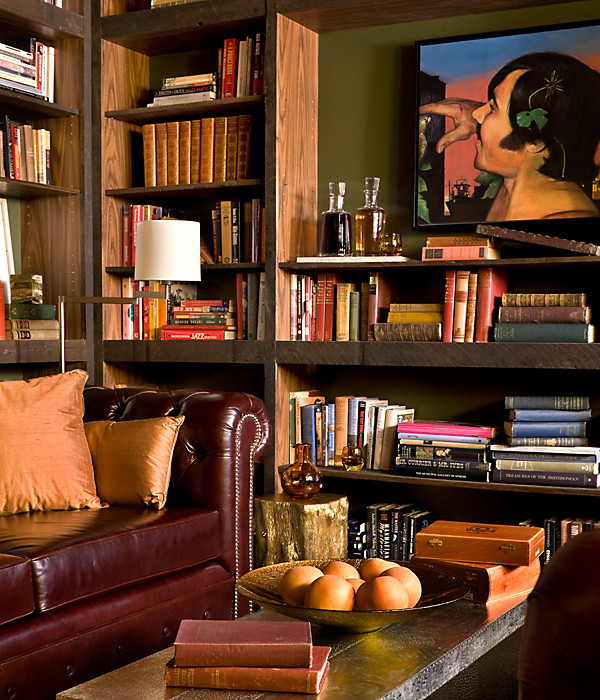 Lined with books and art, the library within Portland’s The Nines hotel is one stylish study.

Starting Point: The Nines in Portland

“Two hours and five minutes away from The Nines is Cannon Beach, where you can watch epic sunsets over Haystack Rock. We love to drive up early, rain or shine, on the famed Route 101 till we get to Hungry Harbor Drive, where, if we are early enough, we get a front-row view of the surf and scene from our convertible. Then you can head into the Pelican Pub & Brewery next door, or do what we do, which is open a bottle of pinot noir from a small by-appointment-only vineyard called Soter in Carlton. The hotel concierge can make arrangements, and this will add about another hour and 10 minutes of drive time.

“Also, don’t be afraid of the weather patterns. If it starts raining, put the top up, grab a blanket, and enjoy the storm.”—Frederick J. Kleisner II, general manager, The Nines