One Kings Lane
All Articles Holiday Stories
Filed Under: EntertainingHolidaysRecipes

The Chatham Artillery—a Revolutionary War-era military group in Savannah—originally brewed its punch with old-fashioned pragmatism: Members filled horse buckets with ice, added a heady mix of liqueur, and then topped each bucket to the brim with champagne. Savannians would later start adding strong tea.

I would’ve never heard a whisper about this magical brew had I not married a man from Savannah. In some Savannah circles, Chatham Artillery Punch is akin to holiday holy water. It’s remained mythical, never becoming domesticated like other Southern standbys such as the mint julep or the Sazerac, and you won’t see it on restaurant menus. Yet it’s kept a distinguished place at Christmas and New Year’s parties in Savannah homes—and now ours in Brooklyn. I remain an unconverted Yankee, but one with so much love for these carefully preserved Southern traditions.

It was during one visit to Savannah a few years ago that my mother-in-law, Sylvia, suggested we try making this punch—shall we call it CAP?—for our annual tree-trimming fete, promising that it had never let a party down and would provide a little Southern novelty for our New York crowd. She opened her cabinet of cookbooks to look for variations on CAP, digging out one recipe (with “Serves 200” scrawled at the top) that blithely listed ingredients by the gallon, including Bénédictine—a liqueur made by an elite club of monks in a French cloister—and Catawba wine, which seemed semi-impossible to source.

With Sylvia’s sure hand, I learned to make both—and then to make them my own. Read on to see how they’ve come to earn an honorary spot on our annual holiday menu. 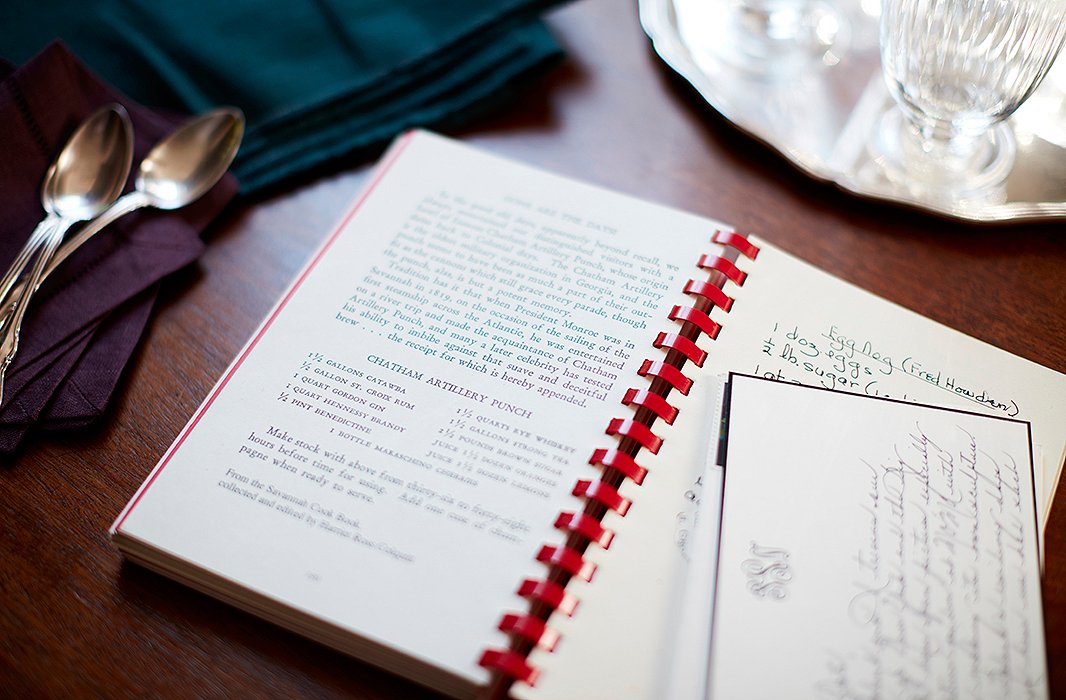 An early recipe for this punch in a cookbook that my mother-in-law, Sylvia, sent up north to me. Along with recipes are some notes in her inimitable handwriting.

I would have never heard a whisper about this punch had I not married a man from Savannah...I remain an unconverted Yankee. 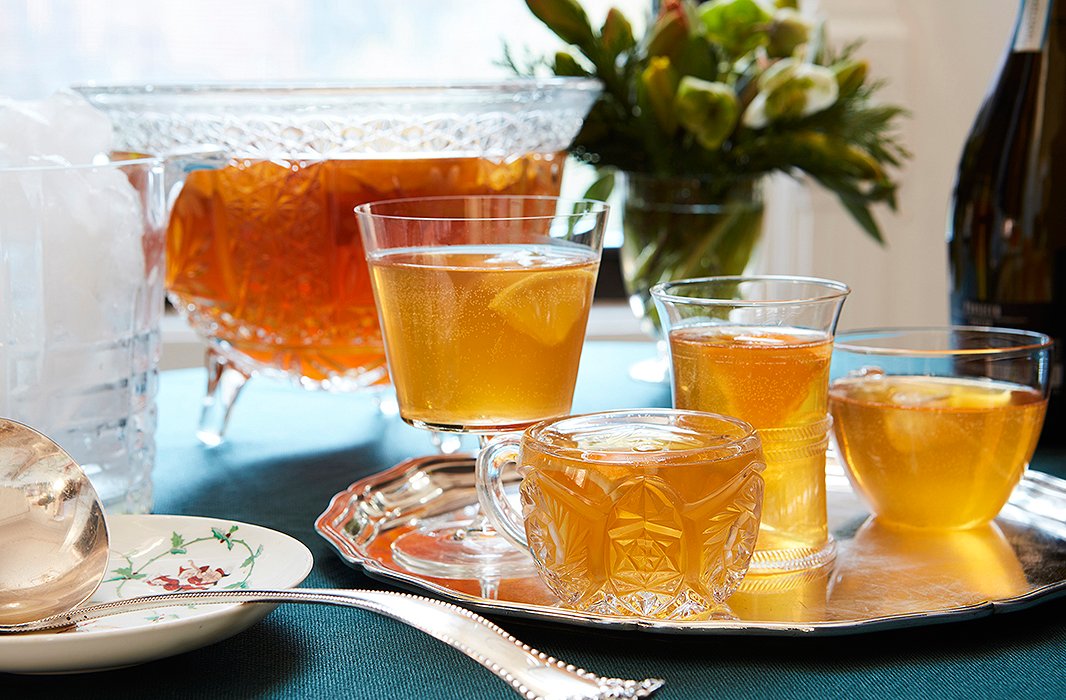 Chatham Artillery Punch in all its glory. When my grandmother gave us this punch bowl and silver ladle, I doubted we’d ever make punch—it seemed so passé. Now I love its throwback spirit, especially accompanied by a mix of glassware. 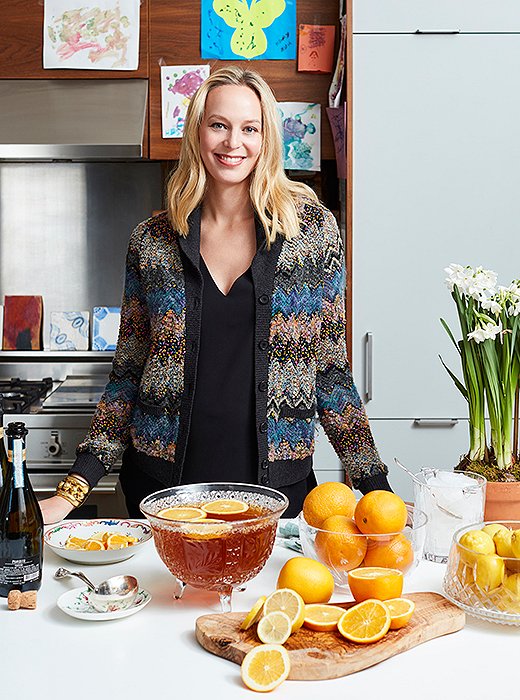 Me, in our Brooklyn kitchen, ready to try to distill the secrets of a good holiday party. In spite of its serious-sounding name, Chatham Artillery Punch is dead-simple to make (and deceptively potent)—which makes it the perfect set-it-and-leave-it concoction for pretty much any holiday party.

Be Warned of This Very Spirited Sip

The CAP recipe we’ve come to love most is partly adapted from one featured in Garden and Gun magazine. The booze list is streamlined: bourbon, brandy, and rum. Green tea also goes in, and we add squeezed orange juice as well as lemon juice for an extra-citrusy flavor. We also cut down the sugar so that, as my husband, Phillip, says, “our friends won’t hate us the next morning.”

The only thing this recipe really needs is some advance planning. Try to put all the ingredients (except the champagne) together about a week before you serve it. Sylvia says two weeks is even better: “At that point, the punch can stand up and walk around.” In our experience, just four or five days has done the trick of mellowing and blending the ingredients into one perfect stock. It’s this graceful smoothness that sets it apart from other punches—along with its spirited wallop.

On that last point, be warned: “Its kick comes about 30 minutes after you start drinking,” Sylvia says. “There are lots of stories of some Revolutionary War-era general standing up to toast some other illustrious soul, but since he’d been drinking this punch, no one could understand what he was saying. So the military band would pipe up and save the day.” 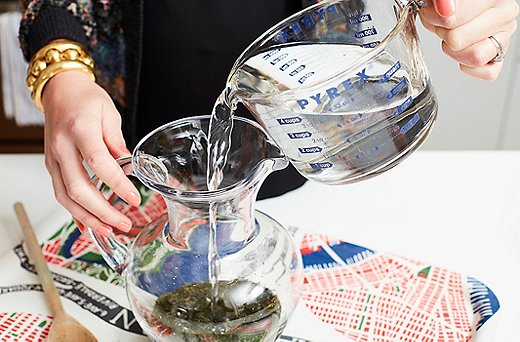 That this punch begins with instructions for brewing tea makes it quintessentially Southern to me. Also, it makes the punch almost virtuous; isn’t green tea good for us? 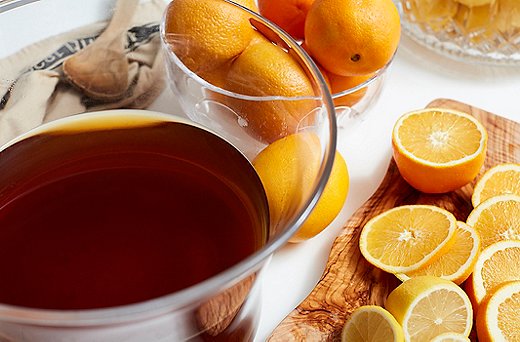 This stock, having mellowed for a week, is ready to shine. Think of this as making chicken stock: The better the chicken, the better the stock. In other words, don’t buy the cheapest rum. 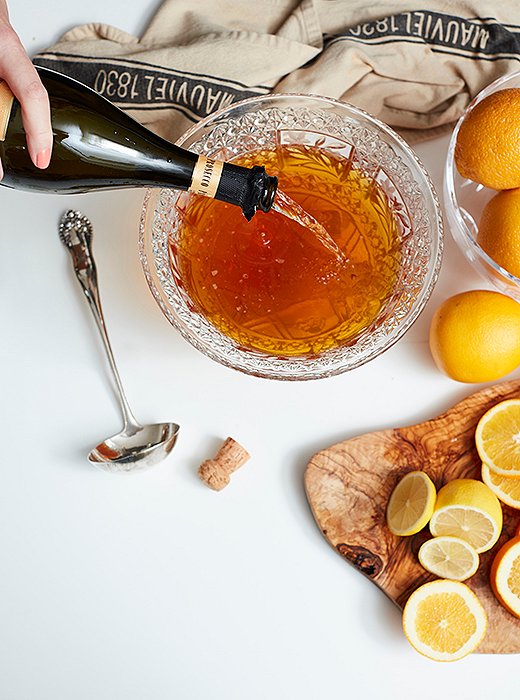 The best part is getting to pour loads of champagne. One advanced tip from Sylvia (not followed here): Make a circle of ice using a Bundt pan the night before the party, and use that to keep the punch cool in the bowl. If the mood strikes, add pineapple slices into the Bundt pan to give your ice a bit of personality.

This punch is wonderful for holiday parties or a pick-me-up between Christmas caroling stops. It’s also sensational on New Year’s Eve.

1) Soak the tea leaves (or teabags) in a quart of cold water overnight. I used a glass pitcher, since you’ll add a few things and stir it all up the next day.

2) Strain out the tea leaves (or remove the teabags). In a separate cup, squeeze four large lemons and one orange, then strain out any seeds. Mix the sugar into the citrus juice. Then mix it all into the green tea, stirring until dissolved.

3) Put the tea mixture into the largest nonplastic container you can find—glass, ceramic, crystal, a stockpot (or you can split everything into two big nonplastic mixing bowls). Add the rum, bourbon or rye, and brandy. Stir and cover with plastic wrap. Put it aside to sit for at least a few days, preferably a week (or more).

4) When ready to serve, put six cups of the boozy brew into a punch bowl, and add one bottle of champagne. Add slices of lemon and orange.

5) Once your punch bowl is emptied, refill using those basic proportions: six cups of brew to one bottle of champagne. 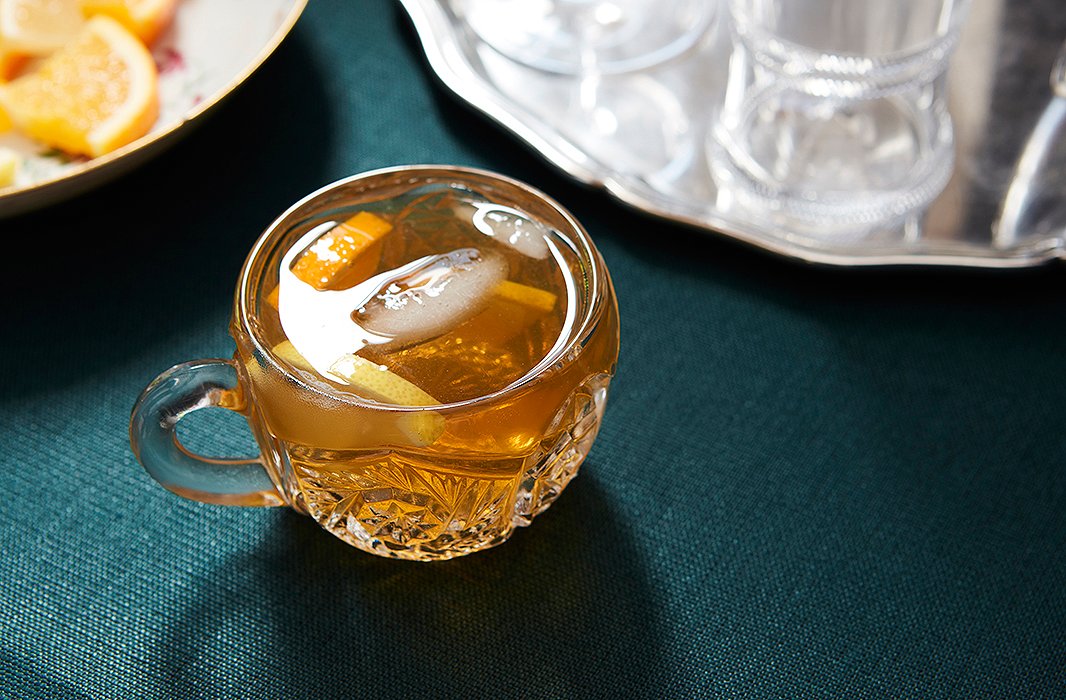 Sylvia suggests serving CAP in a small punch glass like this one: It is easy to hold at parties and won’t get everyone too tipsy too fast. Full disclosure: We once served the punch in big red Solo cups, and a few too many of our guests got lulled into its not-too-boozy, not-too-sweet taste and had to pour themselves into taxis early. Lesson learned. 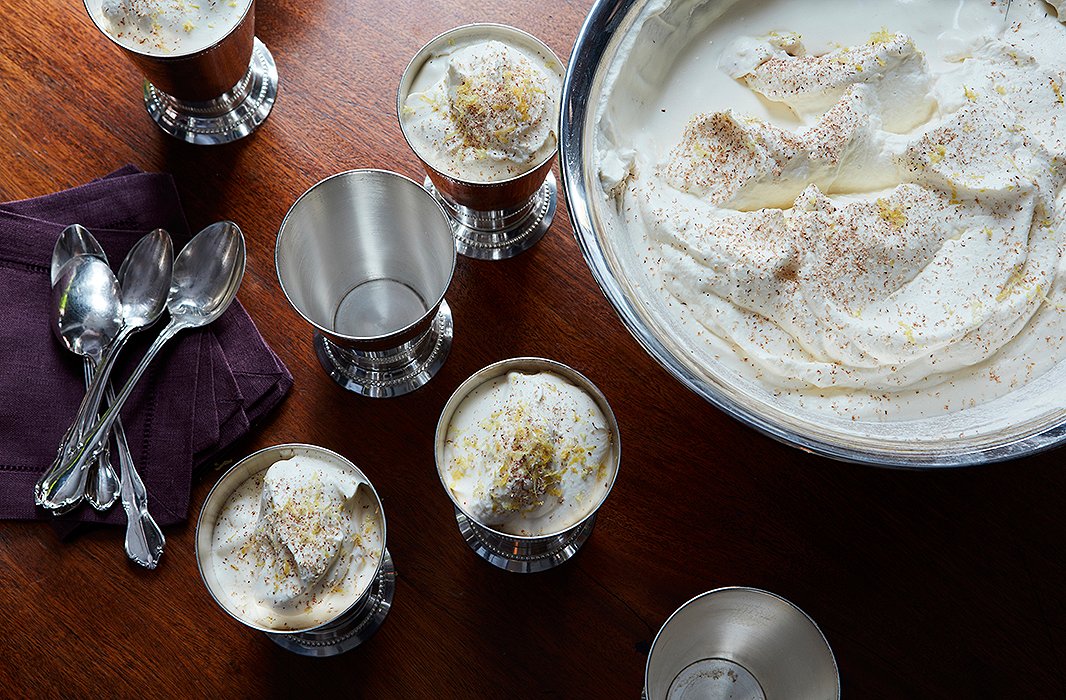 A Southern take on a 16th-century British concoction, syllabub. This sweet and frothy mix traditionally consists of milk or cream, a liquor such as sherry, and sugar. It had me at the name alone. 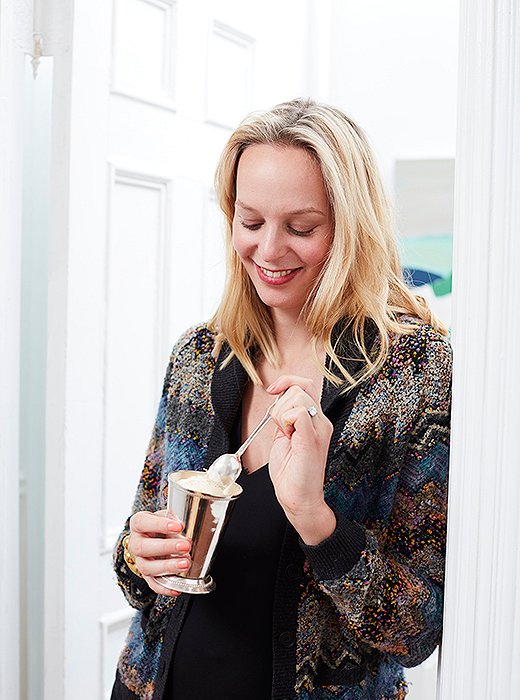 Syllabub’s so easy to make it feels like cheating. I had to keep my own booze-free since I’m expecting a baby, but it’s delicious even without the bourbon.

A Dessert Full of Easy Charm

Syllabub, rooted in 16th-century England, folds seamlessly into modern Southern culture, which retains a healthy streak of Anglo tradition. When Sylvia first served syllabub at a cocktail party just before one Christmas, I swooned. You can just whip cream, add sugar and bourbon, and serve it all with a spoon? For all the pomp and circumstance that can go into cocktail-party traditions, this concoction is such an easy win, it almost seemed like cheating.

The English way is to mix it with traditional British sherry, cream, and sugar, but in Sylvia’s kitchen, it’s made with bourbon instead and served in mint julep cups.

My mother-in-law prefers syllabub “with a rich and thick texture,” so the cream is standing up to the bourbon rather than getting all soupy. Hers needs to be eaten with a spoon, not sipped. She also likes to serve it as a cocktail in the early evening, while I like to think of it as an easy dessert. Regardless of when, syllabub should be served immediately after it’s made so the cream doesn’t fall.

In your mixer, whip the cream until it’s stiff and thick. Slowly add milk and sugar, then the bourbon. If the mixture isn’t thick enough, just add more whipped cream. Adjust sugar and bourbon to taste. When the consistency is correct, pour into a crystal or silver punch bowl. Serve into mint julep cups, then add a sprinkle of grated lemon and nutmeg. 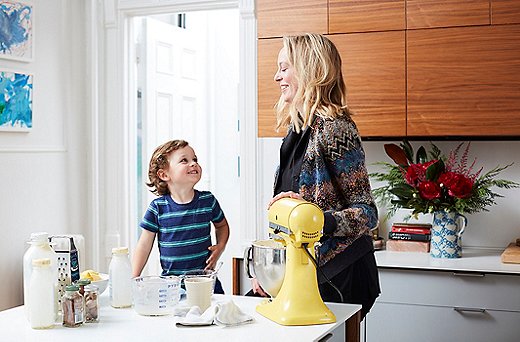 Our son, Henry, loves any excuse to make whipped cream. One tip: Don’t add the milk too early—I learned the hard way that it will take forever to thicken if you do. 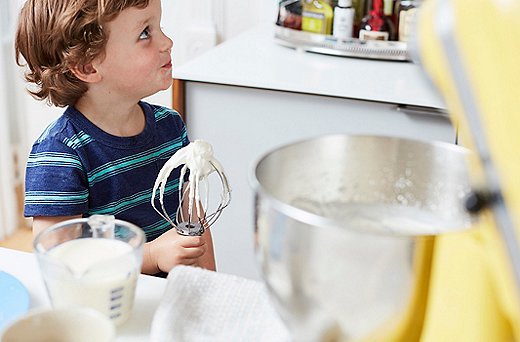 For toddlers and anyone else abstaining, you can easily put some whipped cream and sugar aside at this step and top it with nutmeg and lemon zest. They won’t miss the bourbon. 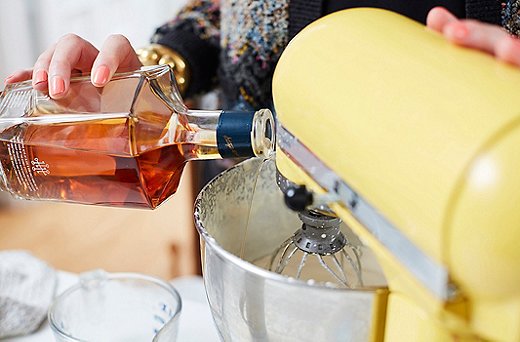 Thank you, Southern culture, for giving me a reason to pour bourbon straight into a mixer. 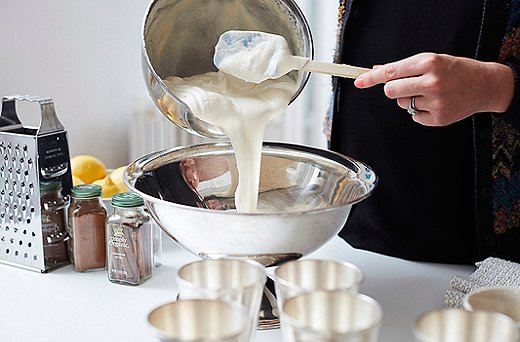 This is the true test for consistency—the syllabub should be so thick, it needs to be mostly ladled, rather than poured, into the serving bowl. 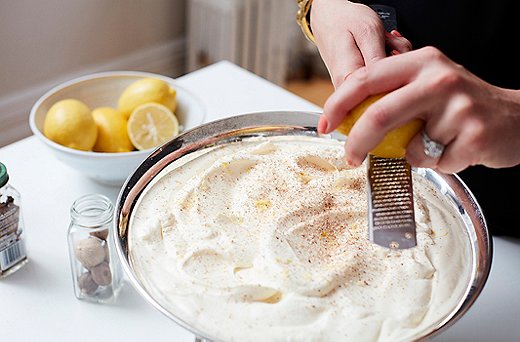 The scent of fresh lemon zest and fresh nutmeg—a subtle whirl of citrus and spice—places this dish firmly in the winter holiday season. 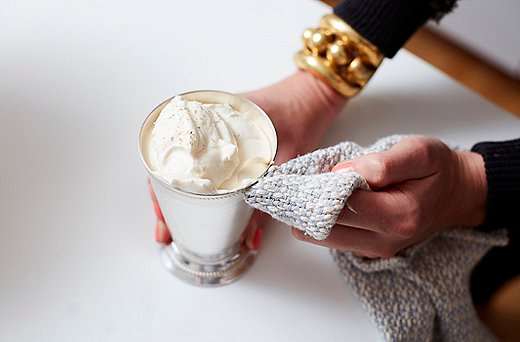 If nothing else, I’ve learned from Sylvia to clean off errant drips before serving. You want its full-on pretty, celebratory effect.

Like many others, we live in a city far away from most family, and remembered traditions become needed touchstones over the holidays. That said, a few things are certainly lost in translation as they’ve traveled north of the Mason-Dixon line and come into our Brooklyn home.

That said, I don’t know if I’d be a relaxed hostess if we had to have the perfect serving piece for each moment. Maybe it’s the fact that I spent a lot of my childhood barefoot with uncombed hair, but in my hands, many things seem to descend into messiness, even if they’ve started out tidily enough. Over the years of hosting our tree-trimming party, we’ve learned that advance prep pays off, and also that some messiness makes everyone feel at ease. Perhaps this represents, in some deeper way, to the yin-yang of my and my husband’s North-South marriage. It’s certainly true that the longer you let it all mellow out and blend, the better. 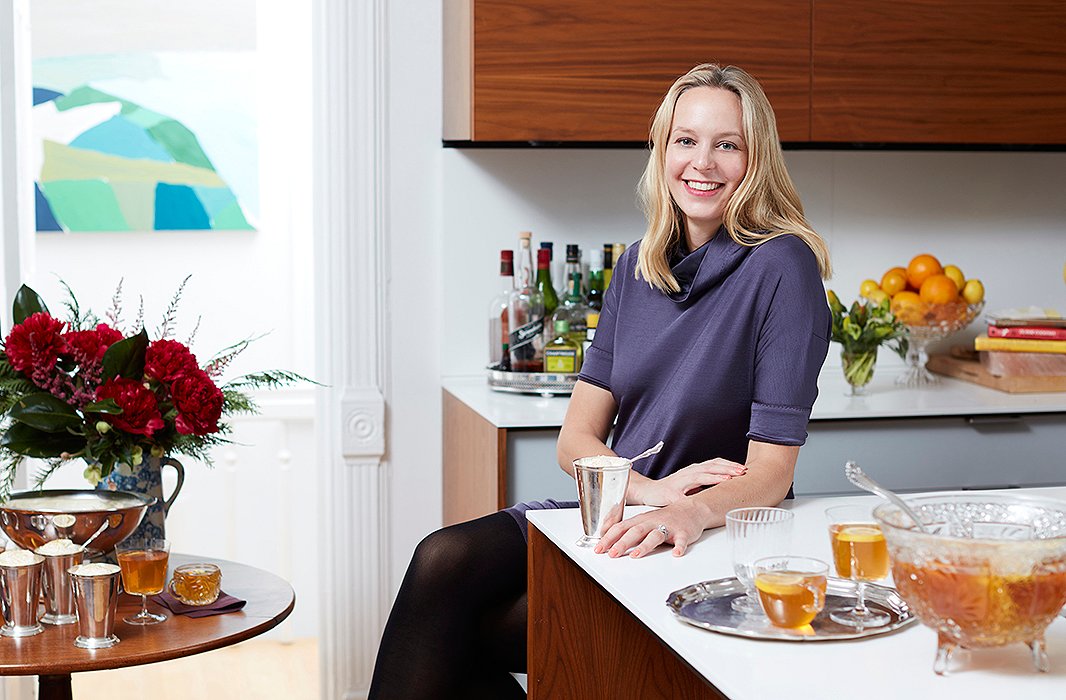 Ready for the celebratory season. If only all parties allowed you to skip straight from cocktails to dessert.

Perhaps this represents, in some deeper way, to the yin-yang of my and my husband's North-South marriage. It's certainly true that the longer you let it all mellow out and blend, the better.

Related: Iris Apfel Stirs Up Her Signature Cocktail For Us → 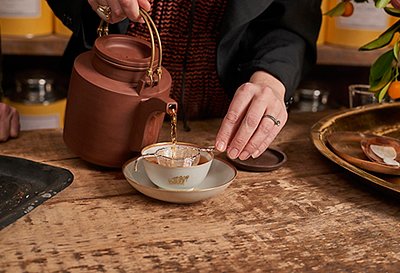 Secrets to Making a Perfect Cup of Tea

From knowing your tea terms to steeping it right, here’s the final word 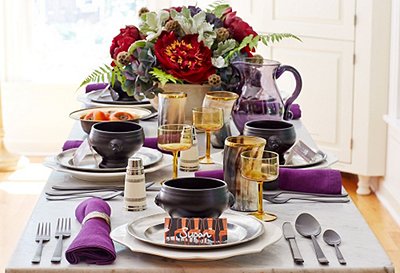 If you need a little Thanksgiving decoration inspiration, take a peek at One Kings... 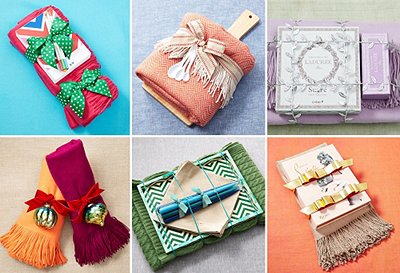 The Best Gifts Come in Bundles

Stumped about what to give this season? Start with a cozy throw, then handpick a few... 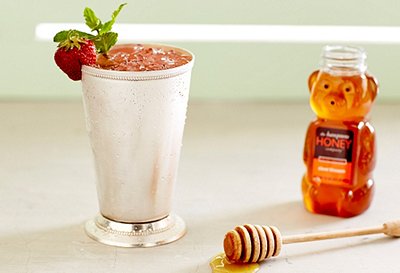 We’re off to the races with this recipe for a Kentucky Derby-inspired mint julep... 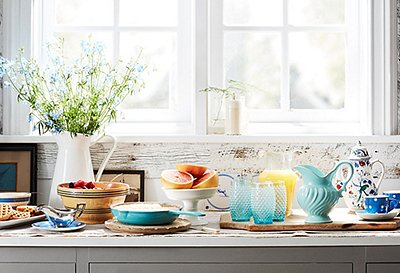 How to Host a Relaxed Summer Brunch

A crowd-pleasing meal that keeps it simple 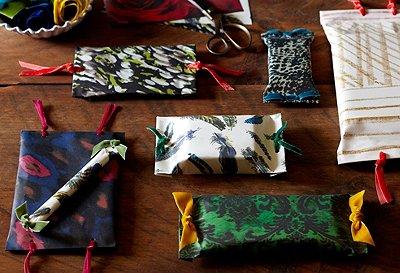 How to Wrap Those Awkwardly Shaped Gifts

From scarves to gift cards, wrap those awkwardly shaped gifts with style